Information, news stories, and questions about True Traditionalist Orthodox Churches. This is the place to post encyclicals and any official public communications from a True Orthodox jurisdiction. All Forum Rules apply. No polemics here! No intra-TOC discussions either. Please PM admin for access to private discussion forums.
Post Reply
2 posts • Page 1 of 1 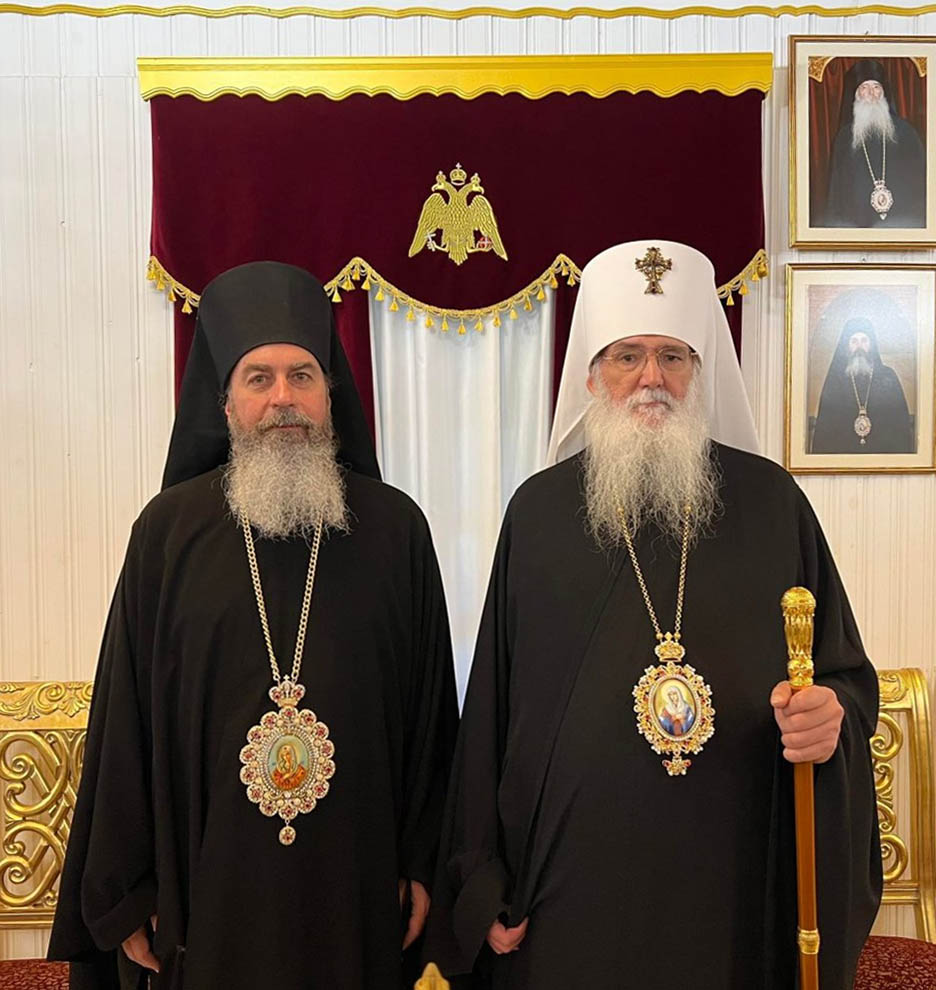 "At the November 2021 meeting of the Holy Synod, at the proposal of Met. Cherubim, the Diocese of Illyricum was established as an Archdiocese, and Bp. Irineos of Illyricum was elevated to the position of Archbishop and entrusted with the continued care of the faithful in North America."

Father Irineos was tonsured a reader in the Holy Metropolis of Ecuador and Latin America by Metropolitan Chrysostomos in February 2014 and was assigned to North America as a Missionary Lector. With the opening of St. Andrew Orthodox Mission, he was elevated to the order of Subdeacon in January 2015. In June 2015, he was tonsured a Rassophore monk. During a visit to the synod in Greece in November 2015, Fr. Irineos was ordained deacon and then priest by Metropolitan Angelos. In order to meet the needs of the growing mission to North America, Fr. Irineos was consecrated as a Vicar Bishop to Metropolitan Angelos, responsible for the North American Mission. In 2021, the Holy Synod elevated Bp. Irineos to the rank of Archbishop and entrusted him with the care of the faithful in North America. Raised in the Lutheran faith, Father Irineos converted to Orthodoxy in 2005."
Last edited by Barbara on Fri 17 June 2022 9:19 pm, edited 2 times in total.
Top

If you are wondering about the new Avlona Metropolitan [ pictured in previous post on the right ] here is the update from May 22, 2021 :

"On the Saturday before the Feast of the Holy Myrrhbearers, the Holy Synod met for the purpose of electing a new Metropolitan following the repose of our Father Met. Angelos of Avlona and the recent deaths of Abp. Porfyrios, Bp. Gabriel and Bp. Avacum.

The synodal meeting was chaired by Met. Seraphim of Moscow at the invitation of the bishops present. The surviving Greek bishops were joined by Bp. Irineos from the United States and Bp. Seraphim from Germany. The other bishops were unable to travel due to the COVID restrictions but had each given their proxies prior to the meeting.

After prayer and discussion, the Holy Synod elected Bp. Cherubim of Vithynia to the presidency of the Holy Synod. He was elevated to Metropolitan at the Divine Liturgy for the Sunday of the Holy Myrrhbearers. In addition, the Synod elected Archimandrite Agathangelos as Vicar Bishop of Euchaiton. He was consecrated at the liturgy that same day."

"A disciple of Met. Angelos since 1979, Met. Cherubim joined the Monastery of St. Michael the Archangel in 1981. He was consecrated as the Vicar Bishop of Vithynia in 2010. A noted liturgist and conductor, Met. Cherubim now oversees the synodal mission in North America through his Vicar Bishop Irineos, located in Texas."